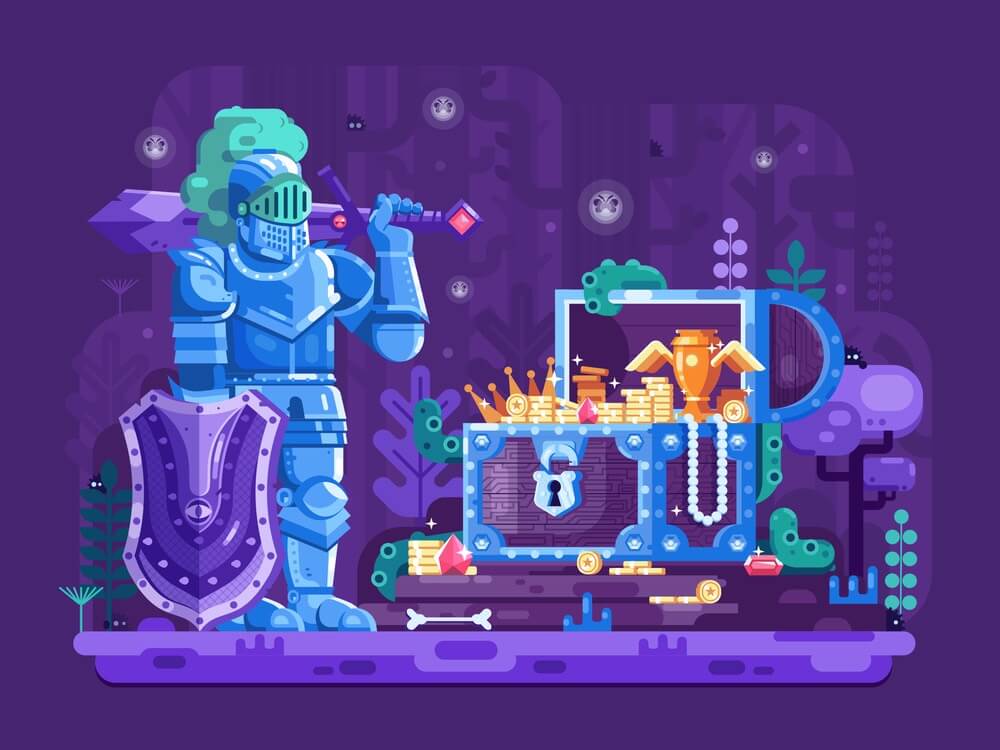 Instant Lotto Games and Loot Boxes: The Overlap of Video Games and Gambling

Imagine finding yourself suddenly deposited in the middle of an icy tundra; no food, no water, no supplies, no shelter. Your health reserves are already running low as you desperately search around for anything that you can use. As you trudge along, you finally see something glowing faintly in the snow, and as you approach, you see that it is a locker of some sort. You are unsure if you are meant to open it, but you are driven by curiosity and desperation for anything that can help. As you open the locker, you see that it has a cache of money, a health kit, and other supplies; a lucky break indeed!

Loot Boxes and Lotto Tickets: We Love a Chance for a Surprise

If the above scenario sounds at all familiar to you, then chances are you have played a video game or two and eagerly look for those infamous loot boxes out in the virtual world. Sometimes, if you get lucky and chance favors you, you can find a rare item that can help level the playing field against your opponents. Many games also give you a chance to purchase such crates from an in-game store. Those loot boxes are a lot like instant lotto games. You make a small investment in the hope of getting a valuable prize.

It turns out that the best lottery instant win game to play and video games have quite a bit more in common than originally thought. One of the more recent debates to arise centers around whether or not loot crates are a form of gambling and should be regulated accordingly. Some argue that if you purchase a loot crate, you are effectively spending money on a chance to gain an advantageous item, much like when you purchase charity lottery tickets for the chance of a big jackpot. To these critics, this constitutes a form of gambling. Game makers and many players argue though that you can go through an entire game without ever purchasing a loot box and still find plenty of them scattered throughout the game, even potentially high value ones. Another thing to note is that not every cache found always has a pleasant surprise. In fact in some games, while they frequently contain needed supplies or items that can be sold or traded later, they will occasionally contain an enemy to eliminate or some other form of danger.

Some governments have stepped in to make an official ruling on this issue. Countries like the Netherlands and Belgium have both declared randomized loot boxes to be a form of illegal gambling, and therefore not permitted. They aren’t the only ones considering the legality of these randomised boxes either. Gambling regulators and other government agencies from at least 15 other countries, including the FTC in the United States, are all debating whether or not loot boxes, especially those purchased with real money, should be allowed.

One of the biggest concerns for critics and governments is that young people across the globe play video games and could be at risk of developing a gambling addiction. Games like Fortnite, Destiny 2, and Middle Earth: Shadow of War have all turned off paid loot boxes within the past year in an effort to make game play safer for all, and instead are focusing more on hidden caches to be found by players.

Video games, much like instant lotto games, rely very heavily on randomly generated items. It can be fun and exciting to stumble upon a surprise cache or loot box. Randomised encounters and treasures ensure that each game play is a unique experience, and every player has the same chance to find a piece of epic gear or a special collectible. Online lotteries operate with the same principle: no one player is guaranteed a win over another thanks to random number generators.

So whether you are bouncing around on an alien world looking for the source of planet wide destruction, or sitting on the train playing online lottery games during your commute home, just be sure to play responsibly and have fun.