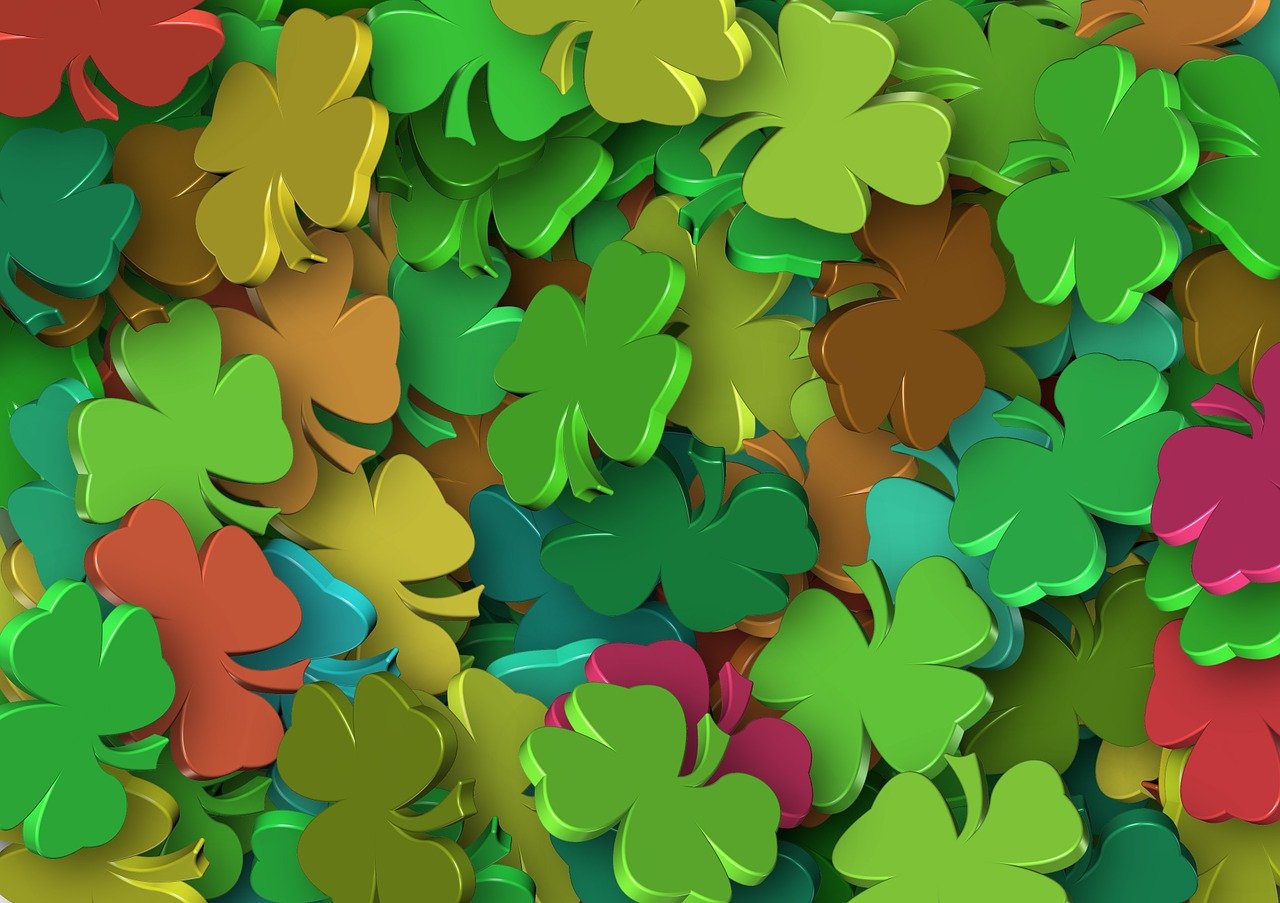 Whether or not you consider yourself superstitious, you still likely have a basic familiarity with the most common symbols associated with both good and bad luck. Breaking a mirror or walking under a ladder is supposed to be bad luck, and horseshoes and four-leaf clovers are good luck. Most of us seem to know these things instinctively, but these superstitions had to start somewhere. Today, in honor of our Super Shamrock lottery scratch cards and St. Patrick’s Day, we’re looking at the beliefs surrounding four-leaf clovers.

Is There a Difference Between Shamrock and Clover?

Scientifically speaking, there is no specific species referred to as “shamrock.” Instead, this is a common name used to refer to any clover species with three leaves. In fact, the word is derived from the Irish seamróg, meaning “little clover.”

It is believed that St. Patrick used three-leaf clovers to illustrate the concept of the Holy Trinity, thus cementing the association between that saint, his holiday, and clover imagery. However, a four-leaf clover would not be associated with St. Paddy, because it would not be indicative of a divine concept, and many people would argue that it should also not be labelled a shamrock.

Our Super Shamrock scratch games use four-leaf clover imagery, however, because of its popular connection to good luck.

Why are Four-Leaf Clovers Considered Lucky?

It’s probably not surprising that the myths surrounding four-leaf clovers are tied to fairy lore. Many of the items we consider to be “good luck” were historically used to protect against the attentions of the fairies (often euphemistically referred to as “the kindly ones” or “the good neighbours” to further avoid attracting their notice). Depending on the time and place, four-leaf clovers were believed to either serve as a charm that provided magical protection and warded off bad luck, or granted the ability to see fairies.

Over time, perhaps as belief in fairies waned, the four-leaf clover began to have Christian associations as well, similar to its more common three-leaf shamrock counterpart. It was said that the four leaves represented faith, hope, love, and God’s grace, which some might see as a form of luck.

As for why four-leaf clovers are considered special, it comes down to their rarity! While an oft-quoted statistic is that you have a 1 in 10,000 chance of finding a four-leaf clover, Swiss researchers discovered that it was more like 1 in 5,076 -- at least in the fields that they studied. By comparison, our Super Shamrock lottery scratch cards offer odds of 2.58.

Did you know that if you find one four-leaf clover, you’re likely to find another? That’s not superstition, it’s a fact! Because clovers with more than three leaves are caused by a mutation, a plant that grows one abnormal leaf is likely to grow more. You can even find clovers with five and six leaves, though they’re even more rare. These mutated leaves are often smaller or lighter-colored than their three-leaf compatriots, so keep that in mind if you want to find your own special clover.

Have Fun with Lottery Scratch Cards

You can go searching the fields for four-leaf clovers, or you can try your hand at Super Shamrock for just £0.30 a card. It’s a fun way to play lotto online, on St. Patrick’s Day or any day.