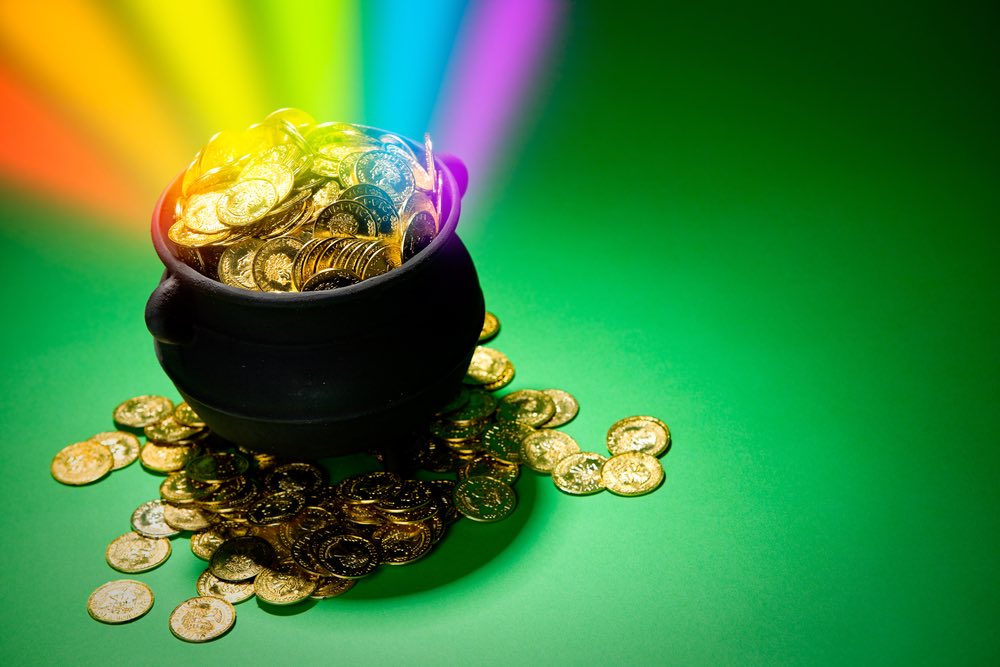 March is here and that not only means the cold, dark days of winter are soon to end with the onset of Spring, it also means that St. Patrick’s Day is right around the corner. When one thinks of St. Patrick’s Day, no doubt images of green beer, shamrocks, leprechauns, and soda bread come to mind. The Health Lottery embraces such events with special holiday scratch cards, making it easy to celebrate the holiday and play scratch cards online. However, the history of the holiday is often lost amidst the revelry.

The origins of this holiday can be traced back to the early 17th century when the Catholic Church decided to celebrate and honor St. Patrick, who despite not being of Irish descent himself, is considered to be the patron saint of Ireland. St. Patrick (or St. Paddy as he is sometimes fondly called) was believed to have been born in Roman Britain in the late 4th century, and was kidnapped and taken to Ireland as a slave, where he later escaped. Having gained his freedom, he began studying to become a priest with the Catholic Church. After becoming a priest, he returned to Ireland and worked hard to convert the pagan Irish natives to Christianity. Legends credit him with driving the last of the snakes, or pagan beliefs, from Ireland as he abolished the last of the Druidic orders. As a way to honor him and his efforts to spread the Christian faith, the Catholic Church declared the anniversary of his death as a day of feasting, thus St. Patrick’s day was born.

As more and more people began to emigrate from Ireland to seek a new life elsewhere, the Irish diaspora began to use St. Patrick’s day as a way to celebrate their own unique heritage. It has become one of the most well-known cultural celebrations across the world. In Ireland, it is still a national holiday as well as in North Ireland, some parts of Canada, and even Montserrat, a small island in the Caribbean.

Celebrations around the world include playing themed lotto online games, dyeing rivers green (Chicago, Illinois USA, and Vilnia in Lithuania), and parades, the earliest of which was held in New York City by Irish soldiers serving in the British army in 1762. Some world-famous landmarks around the globe are turned green in honor of the holiday, such as the pyramids of Giza, the Christ the Redeemer statue in Rio de Janeiro, and the London Eye, just to name a few. Even astronauts aboard the International Space Station get in on the fun by taking photos of Ireland from space, or show their Irish pride by wearing green, or performing traditional irish tunes in space. One Irish-American astronaut celebrated by playing a 100 year old Irish flute in space!

St. Patrick’s Day is often associated with many celebrants wearing green, but green was not the original color. Blue was the original color of the holiday, but as a way to show pride in their heritage, celebrants began to wear the colors of their national flag: green for the Catholic population, and orange for those of the Protestant faith.

Despite international celebrations and popularity though, there is some controversy around the holiday. One of the primary concerns is the amount of drunken revelry that takes place every year, which some feel takes away from the original intent of the saint’s day. In some areas, a zero tolerance policy is enacted every year to help drive down drinking-related incidents. Others are not comfortable celebrating the eradication of pagan beliefs from Ireland. Still, despite some peoples’ misgivings, St. Patrick’s Day is still a beloved holiday and a good theme for our most recent seasonal scratch card! You can celebrate Irish heritage (whether or not you have any of your own) confident in the knowledge that your play is helping to support local health and wellness charities.