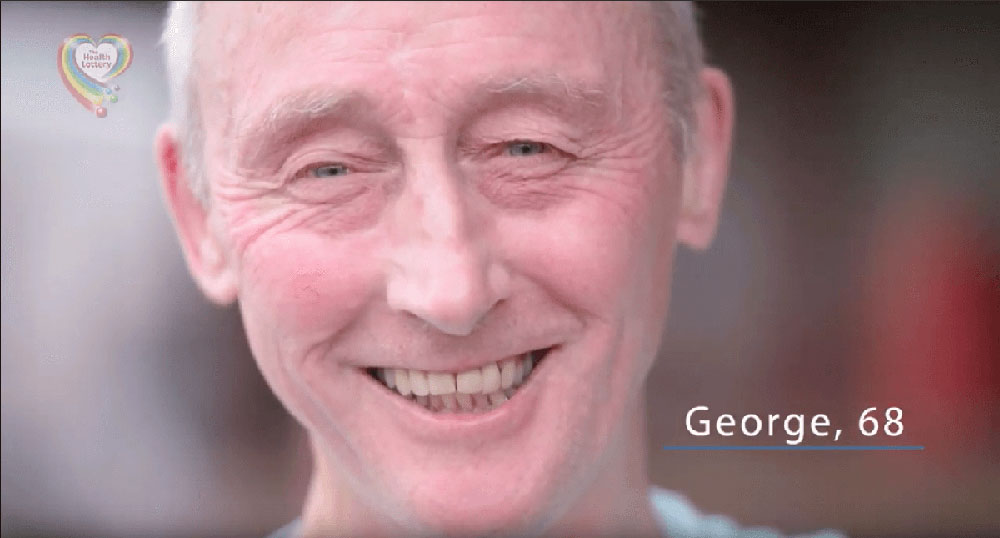 Alive and Kickin! Local project for over 50s - The Health Lottery

Broxburn United Sports Club (BUSC), voted as West Lothian’s Club of the Year in 2017, provides opportunities for residents in Broxburn, Uphall and surrounding areas of West Lothian.  Their aim is to bridge the gap between people of different ages through sport, by building friendships and social links in the local community.

The club was awarded £36,810 from People’s Health Trust, using money raised through The Health Lottery in Scotland.  This was to fund their Alive and Kickin project, which intends to reduce social isolation amongst men and woman aged 50 and over by offering sporting activities and social opportunities in the local community.  Activities are as diverse as walking football, indoor curling and discussion groups.

67-year old Alan, a founding member of the club, revealed that “it definitely enriches people’s lives.  I see them doing a lot more exercise, but it’s also a really good way to bond with friends.  If we didn’t have the money from The Health Lottery, this project would never have got off the ground in the first place.”  Alan’s words were borne out by many of the members we met – including George, 68, whose wife had recently been diagnosed with dementia.  “Just to get out of the house and get some fresh air – that definitely helps me a lot,” he said.

BUSC were one of the numerous causes in attendance at The Health Lottery’s afternoon tea reception in October 2018.  Leigh told us that BUSC “had so much fun at the Tea Party. We felt honoured to be invited to join so many incredible charities to celebrate over £100 million raised through The Health Lottery.  It was a fantastic day and so amazing to be at an event with celebrities like Simon Cowell.”

To hear more from Leigh and other BUSC members, please have a look at our video above.