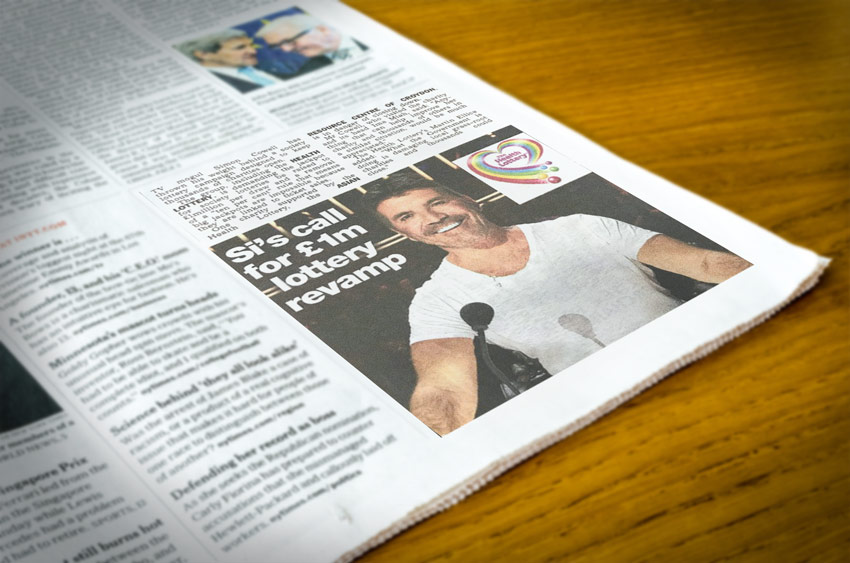 TV mogul Simon Cowell has thrown his weight behind a society lottery campaign designed to keep thousands of charities open.

The group, including The Health Lottery, is demanding the jackpot for society lotteries be raised to £1 million per draw and a removal of the “ten per cent rule” that means big jackpots are impossible because they are linked to ticket sales.

One charity supported by funds raised through The Health Lottery, the Asian Resource Centre of Croydon, is in danger of closing down.

Mr Cowell, who visited the charity and its CEO Ima Miah, said: “Anything that can help improve her charity, and thousands of others in a similar situation, would be greatly appreciated.”

The Health Lottery’s joint managing director, Martin Ellice, added: “What the government is doing is damaging local grassroots charities and thousands could close.”