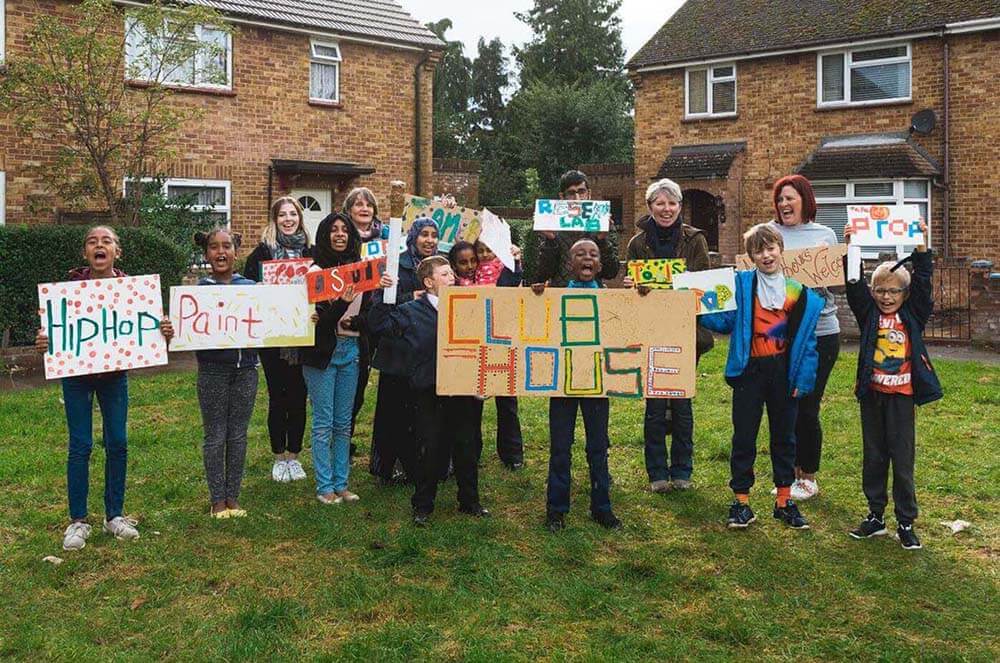 Children from a community in Queens Park, Bedford have been working on a film project that could eventually help them towards a career in film or the creative arts.

The project comes at a time when over a fifth of residents are currently unemployed.*

The year-long documentary project focuses on two roads in Bedford – Chester and Carlisle Road and documents and celebrates the idea of home within a thriving community of multi-cultural diversity.

Clubhouse, by artists Julie Myers and Maria Anastassiou, is a creative project from Bedford Creative Arts and is funded by People’s Health Trust, using money raised by HealthCourage, through The Health Lottery.

Julie Myers said: “The project is about engaging with communities and offering workshops to local children and teenagers to give them an insight into what they can achieve.

“The feedback we’ve received so far is wonderful – we’ve seen children with a new-found confidence become inspired to be journalists or filmmakers – they now see the arts industry as a valuable career option.”

Bex, a mum and local resident, added: “Aside from a walled park there was little for the kids to do around here, meaning many of our children had no opportunities to play or interact with each other. Not only does the Clubhouse give the children the opportunity to play with each other, it also enables them to learn new skills.”

By playing The Health Lottery you help make projects such as these possible. Your continued involvement in the game will ensure that the amount of people, projects and good causes who benefit from the monies raised will carry on growing.