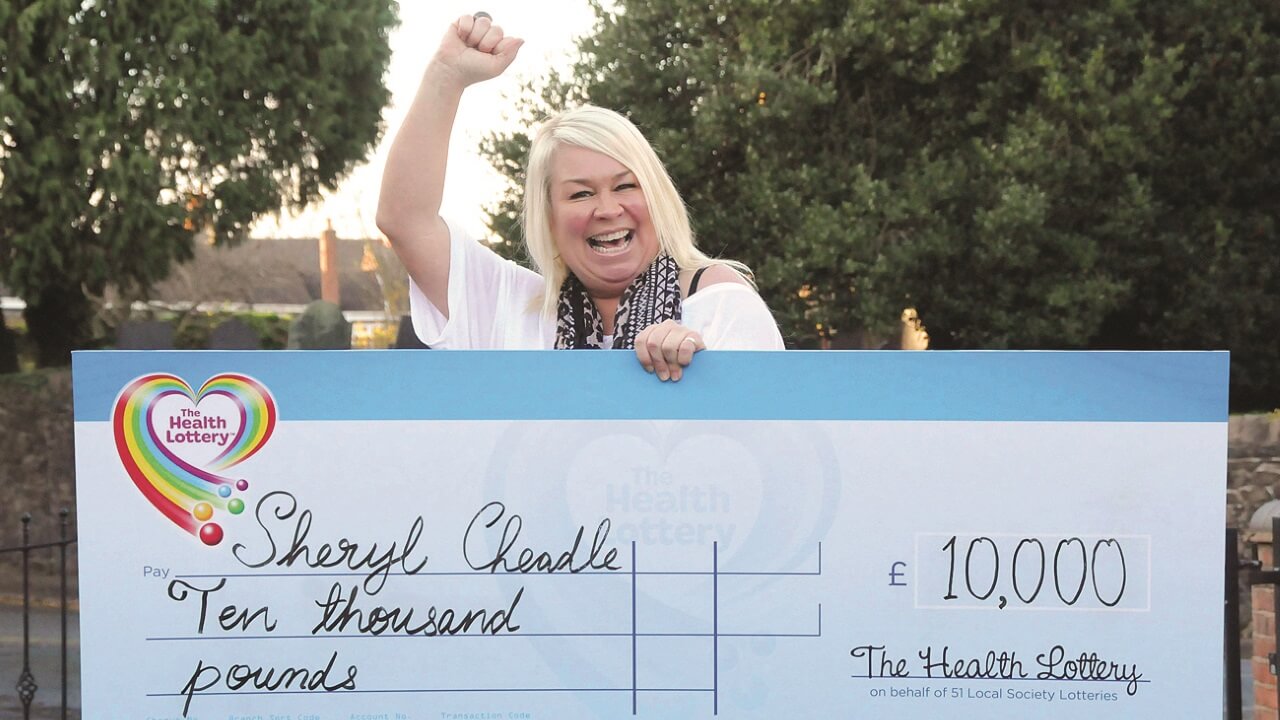 Leicester local, Sheryl Cheadle, is celebrating after scooping £10,000 on The Health Lottery.

Sheryl, who is 43, landed the prize after matching 4 numbers and the bonus ball.

Sheryl explained how she only realised she had won six weeks after her numbers had come up, and that the news came at the best possible time:

“It was amazing as I only found out six weeks after I had played. I was made redundant on the Monday morning, and on Tuesday I got a phone call from The Health Lottery saying that I had won. It was incredible!”

She went on to explain how her win had helped her settle her debts and buy a new car:

“I bought myself a little car and cleared all my debts, everything is sorted now!”

Sheryl, who is continuing to play with direct debit has now got her sights set on winning the Saturday £100,000 jackpot:

Dominic Mansour, Chief Executive of The Health Lottery said of the win:

“I am delighted for Sheryl, and what a time for her to win! We have had 1.2 million winners so far, and hope to be celebrating many more in the future.”