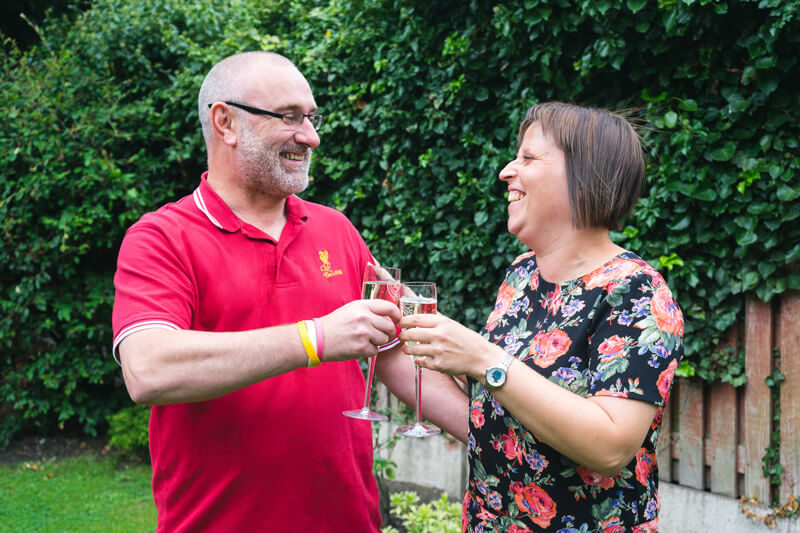 After months of working hard and picking up extra shifts at work to save for “desperately needed” home improvements Sarah, 37, from Huyton was stunned to find out that she had won £10,000 on The Health Lottery.  She and her partner Phill had played the National Lottery for about 10 years, only winning a few lucky dips along the way, but decided to make the switch to The Health Lottery after the National Lottery price increase in 2015.

“We were camping in Anglesey when we found out” Sarah explained “The wifi connection was pretty rubbish but when I eventually got online, I had an email that said I had won, but it didn’t say the amount. I quickly logged on to my account and when I saw the numbers I turned to Phill and said they look like our numbers!”

Sarah then frantically looked for confirmation of the lines that she had placed and was ecstatic to see that she had matched 4 main numbers and the bonus ball. “I couldn’t believe it I just kept saying ‘things like this don’t happen to us…’ it’s pretty amazing.”

“I had to tell her to calm down!” chuckled Phill “I was a bit more relaxed and didn’t believe it was ours until the money was in the bank! However it was still a great surprise nonetheless.”

“The money has definitely made a few things happen sooner” confirmed Phill.

Sarah offered some final words of encouragement for anyone who was thinking of playing the £1 game stating “Just do it!”