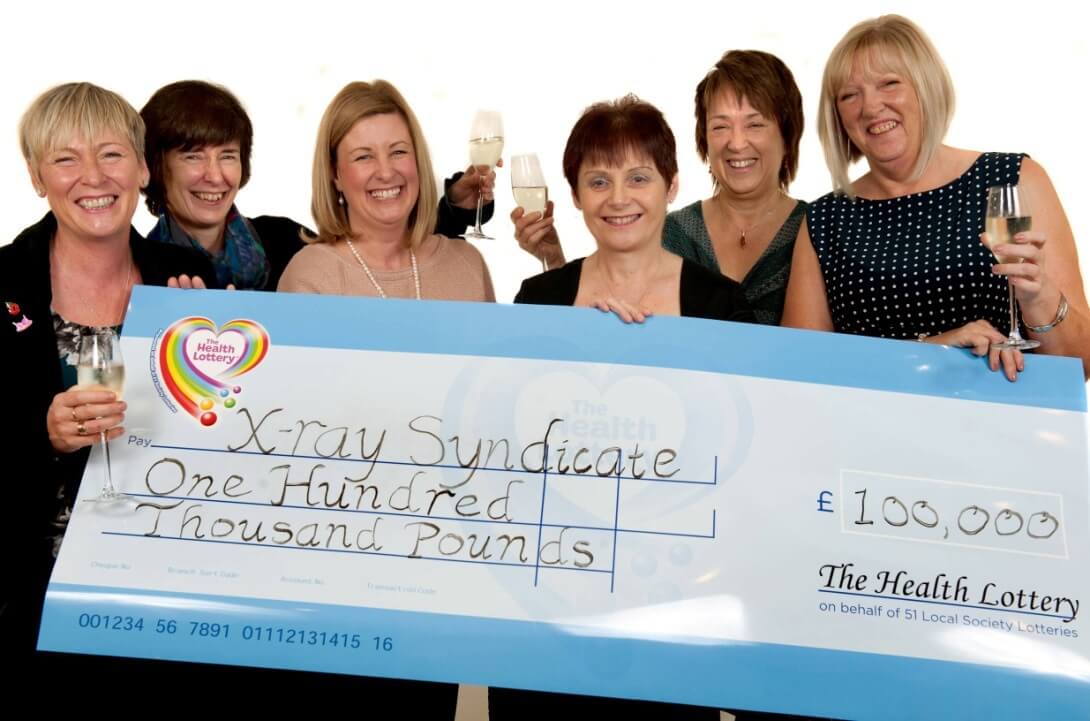 A syndicate of X-ray department workers from Calderdale Royal Hospital, Halifax, were thrilled after winning £100,000 on The Health Lottery.

Members of the hospital syndicate were stunned to find out they had landed the Health Lottery windfall. Especially since Debbie Kendall, the syndicate organiser, had managed to keep it a secret from everyone for three weeks – because she could not believe they had really won.

Winning syndicate organiser Debbie revealed how she didn’t dare tell her colleagues of the win for nearly a month in case a mistake had been made.

Finally the day before the money arrived in the group’s bank account she called a meeting at Calderdale Royal Hospital, Halifax where they work and confessed: “We have won some money...£100,000.”

Admin worker Debbie, 60, from Elland, West Yorks, has been at the hospital for 29 years.

She said: “They thought I was joking but then they started whooping and shouting with excitement.  Goodness knows what other people thought was going on.”

“It was terrible having to work alongside them virtually every day and say nothing until I knew the money was definitely on the way.  People may think I am silly but it would have devastated people it something had gone wrong.”

The eight women X-ray department workers had only won a few small prizes rival lotteries after 16 years of playing.

Debbie said: “I think the biggest win we had on the other lottery was around £50 in 16 years.”

So they decided to switch to the Health Lottery last year because tickets are half the price and the money raised goes to British health charities.

The decision proved a big break for the X-ray department staff because less than 12 months later they have scooped £100,000.

The group has vowed to carry on doing the Health Lottery because it helps health charities support good causes which are not funded by the NHS.

It is operated on behalf of 51 local society lotteries across England, Wales and Scotland, and donates 20p from every £1 ticket to health causes.

“We are going to carry on playing.”

A spokesperson for The Health Lottery said: “We are delighted for all the girls in the Calderdale Royal Hospital syndicate. It is lovely to see what a big win can mean for people that really do deserve it. We wish them all the very best in the future!”

Watch the video highlights of the event here!