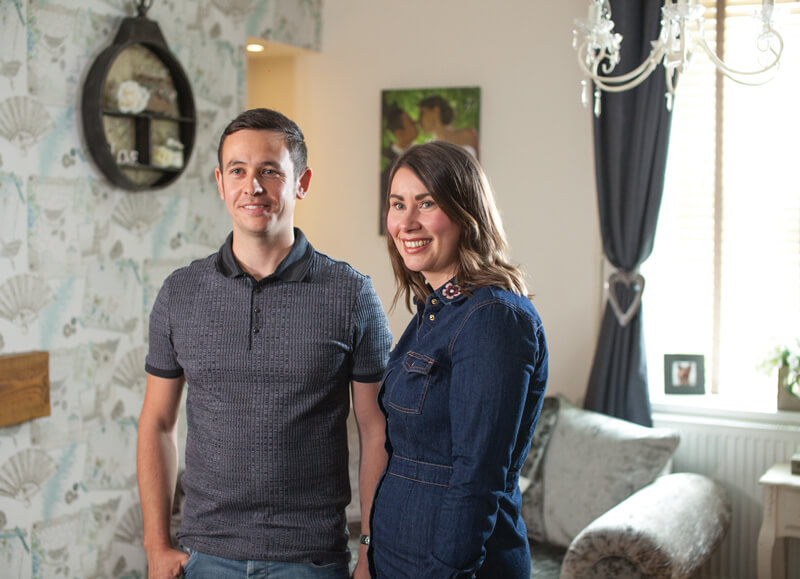 Ceri Barnes, 32, from Treorchy was stunned to find out that he had won £10,000 on his very first attempt at the game. His wife, Emily, was equally as shocked when informed of his win, especially after being told he had won on April Fool’s Day. Here’s what they had to say:

“I decided to play The Health Lottery because I was sitting at home one Thursday evening and an advert for the game came on the TV” explained Ceri.

“It was only a pound and it was for good causes, so I decided to give it a go. I bought my ticket online and it was the first time I’ve ever played.

“I was actually in the kitchen making a cup of tea on the Sunday when I found out that I had won. An email came up on my phone informing me that I had won something.

I went into the living room and told my wife, but she didn’t believe me.

Emily confirmed that she was in disbelief by adding “I assumed that he was just fooling me as the draw was on April Fool’s day!

“She actually thought Emily was pregnant” Ceri added with a chuckle.

When asked what they planned to do with their winnings Ceri said:

“We’d like to a plan a family holiday next year and probably some more home improvements if I know my wife!”

Emily laughed before adding in “We’d like to go somewhere we’ve never been before I think. Somewhere new. Somewhere the little one will enjoy” gesturing to a picture of their 2 year old son.

Ceri offered some final words of advice for anyone who was thinking of buying an online lottery ticket:

“Go ahead and play it, it’s only a pound”

“Just do it!” Emily exclaimed in agreement.