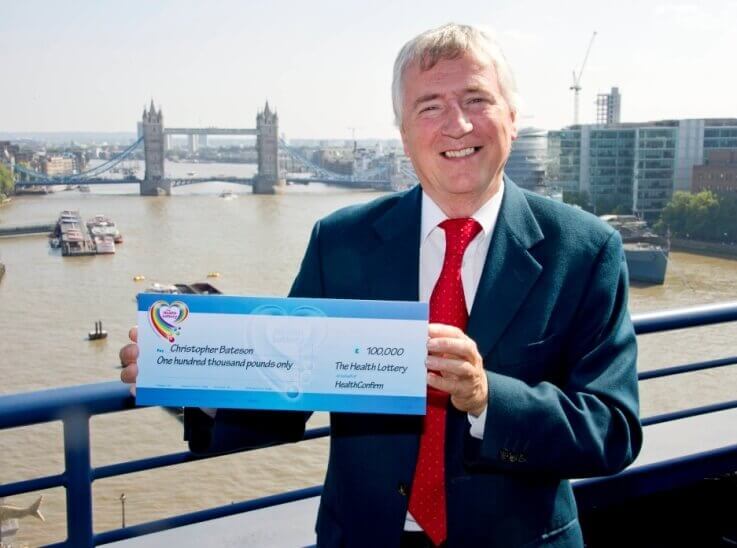 Husband and Father of two, Chris, said he is planning on giving a portion of the winnings to some charities close to his heart, along with using it to tour all 92 football league grounds with a friend.

He said: "It's life-enhancing and it makes a big difference to us because we can go and see our son more. There are also a couple of charities we definitely want to give to.”

On top of that, he also plans to spend some on his bees, saying, "It's an expensive hobby, a hive can set you back £700 then there's all the equipment and the smokers, it all adds up.

"I tend to give most of my honey away though."

The former Xerox engineer, who started playing the Health Lottery after growing frustrated at National Lottery price hikes, said he could not believe it when his numbers came up.

He said: "It was the Saturday night of the draw and I was in front of the computer.

"I don't normally check the results because I do it online but it came through as an email.

"I thought while I'm here I'd check for a £10 win. I didn't believe it at first then I watched the run of it and I still wasn't sure.

"They were obscure numbers actually, they were the numbers I used to use for the National Lottery and I just ditched a number so I'm glad I ditched the right one!"

Mimi Turner, Director of Sales and Marketing at The Health Lottery, said: “I am over the moon for Chris. I wish him and his family all the best in the future. We’re really thrilled that so far The Health Lottery has helped raise almost £55 million for local good causes up and down the country, and it is great to hear how the game is life-changing for our winners as well.”