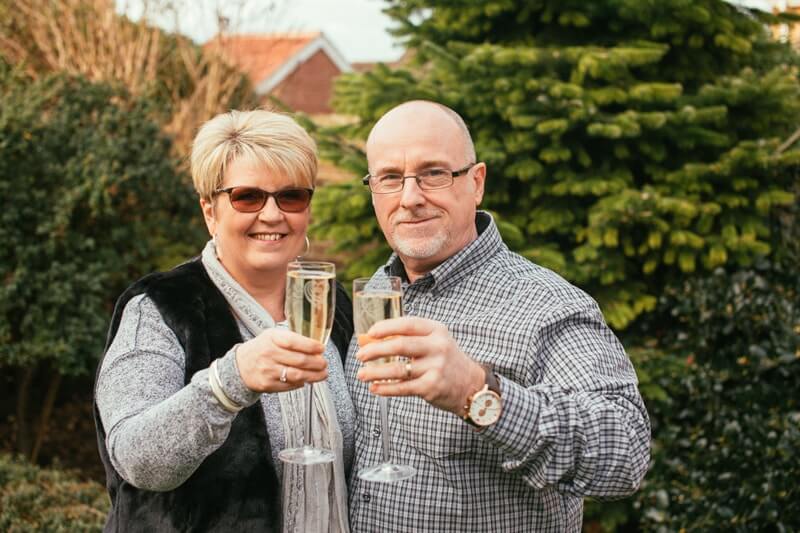 After years of being a loyal Health Lottery player Martyn, 58, from Swindon was shocked to find out that he had scooped a £49,535 jackpot prize one morning as he was getting ready for work. Here’s what he had to say:

“My first reaction was that I couldn’t believe it” exclaimed Martyn sporting a look of surprise. “I checked the ticket 3 times and then realised that I had got all the numbers!

Martyn then explained how he went straight to the local Sainsburys where he had bought the ticket to ask them if they could check the numbers and the amount he had won.

“At this point I was very nervous – I was trembling” admitted Martyn before commenting “The assistant on the till said she couldn’t pay all the money out because it was too much, before asking me how many numbers I had matched.

‘I’ve got all 5!’ I exclaimed and at this point I was really shaking.” Martyn added with a chuckle.

He then went to visit his wife Alison, who was working at the time, to tell her that they had won the lottery.

“She told me to get home as soon as possible and ring The Health Lottery up to make sure it was true, which I did and sure enough they confirmed that I had won £49,535!”

When asked what he had done that evening to celebrate, Martyn jested that he and Alison had “splashed out on a takeaway” as they didn’t want to tempt fate before the money was in the bank.

Since receiving the money, Martyn has shared his plans for spending it: “Well the first thing is a new car because the little Corsa is on the way out; we’ve had it for 13 years so I think we need one! Then we need a new boiler because that’s on its way out too, and we’ve got a holiday to Wales booked in September so the money will go towards paying that off.”

Offering some final words of advice Martyn expressed “the money goes to a good cause, so that is why I do it and why I think others should do it, simple as that… and you could win, just like me!”