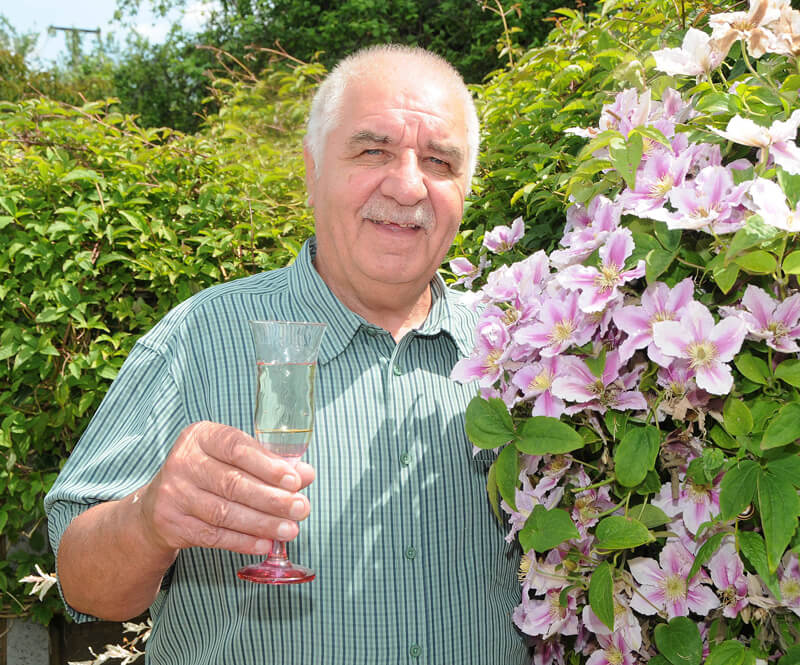 67 year old, Dennis Sadler, who lives in Evesham, Worcestershire, recently was blown away when he found out he had won the top prize of £100,000 on The Health Lottery.

Dennis said: “I told my wife Dianne but it wasn’t until I looked at my neighbour’s paper the following morning I knew it was perfect. I said to Dianne, ‘Looks like we’ve won £100,000!’”.

It was an extra special win for Dennis, as the numbers that won the top prize were personal to him. He said, “The numbers were the birthdays for all of us: me, Dianne, our two daughters, and also I have number 11 in everything I do. Doesn’t matter if it’s Horse racing, bingo, anything, I always have number 11. It’s my favourite number and has done me proud.

“When the numbers came up I was excited. I’m not a very excitable person, but I knew the top prize was £100,000. You’re a bit stunned at first, “I thought: ‘I’m the only person in Great Britain who could have had these numbers!’ You know, having personal numbers – I was born lucky!”

The win comes at a great time in his family’s lives, and there’s plenty of ways they are planning on spending the money, Dennis said, “I’m well contented. We will be going on holiday now; both our girls have bought a car each, that’s already out the money, like. We also needed a new conservatory, so it’s just about come at the right time.”

“It’s only a pound, but if everyone put a pound in, it might do someone not as fortunate as myself a bit of good. I never knew I would win £100,000 at the end of the day, but it’s going to be huge! It’s easy to check, 9.55pm Saturday nights, I knew it would come up one day in my mind. So I paid my pound.”

The Health Lottery helps raise money for local health charities and projects and has already helped to raise more than £782,000 for projects in Coventry, Warwickshire,

Mimi Turner, Director of Sales and Marketing at The Health Lottery, said: “I am so happy for Dennis and Dianne, “this is what The Health Lottery is about – a win really helping a lovely person like Dennis and his beautiful family, whom the win is really going to help. I hope he enjoys his new conservatory and wish him all the best in the future.” Every Health Lottery ticket sold helps raise money for local good causes, so local charities like Action for Elders, Dementia UK, The Royal Voluntary Service in Worcestershire and Warwickshire have been winners too.“