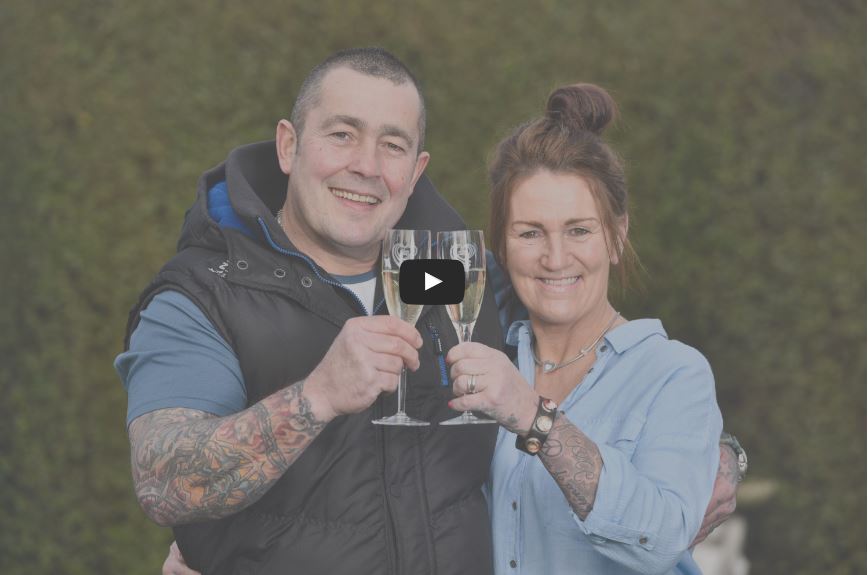 Alan, 50, from South Kirkby could barely sleep after finding out that he had bagged an impressive £10,000 on The Health Lottery.

“When I found out that I had won The Health Lottery, I woke my wife up and I told her that I had won £10,000, but she didn’t believe me and she said get back to sleep!”

Commenting on his involvement in the game Alan said: “I play The Health Lottery because a lot of the money goes to good causes and back into the community”

Alan developed this statement further, claiming that he thinks “you get better value and better chances of winning” when you play the £1 game.

When discussing how he intended to spend his winnings, Alan suggested that he would treat his wife and two daughters to a luxury holiday somewhere hot.

Alan cheerily offered some words of wisdom to any prospective players: “If you’re thinking of playing the Health Lottery, go for it! You’ve got to be in it to win it just like me. If you don’t pay you don’t play!”

There have been over 6.3 million Health Lottery winners since launch and over £118 million paid out in prizes!