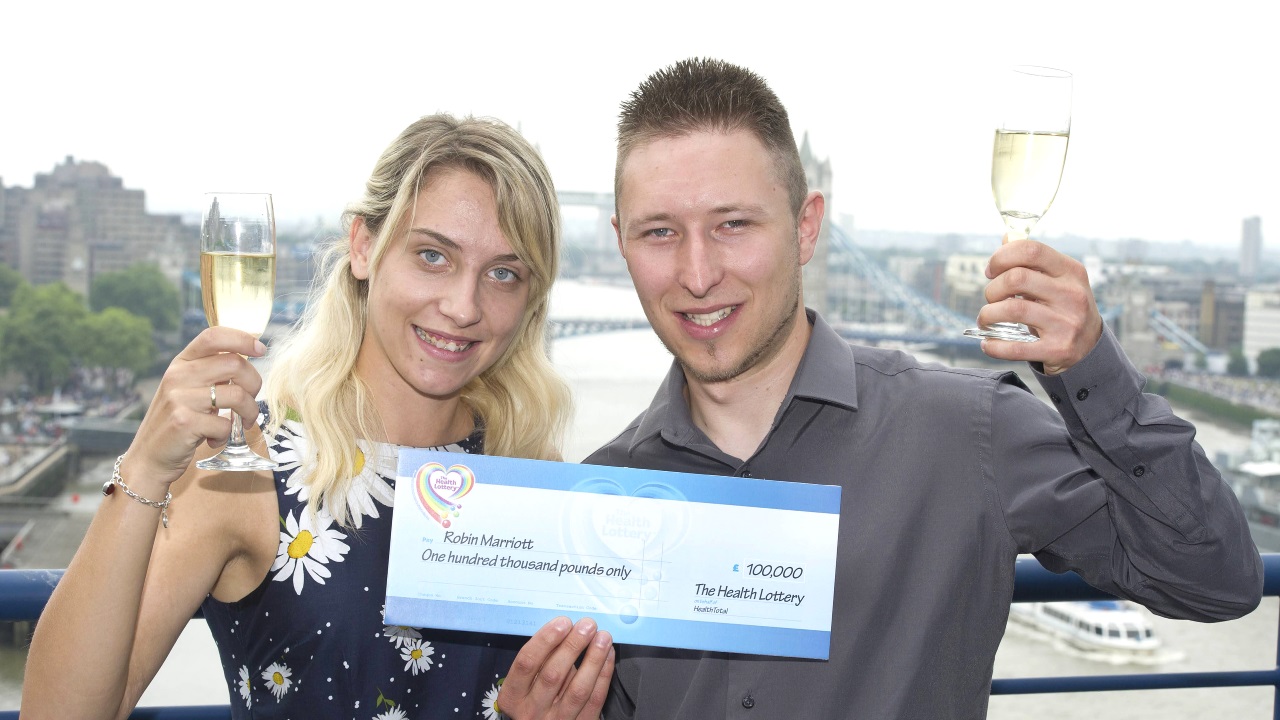 Robin was amazed when he received the email telling him that he had won, he said: “It is one of those things you just never expect to happen, I was slightly shocked.”

Mr Marriott’s first thoughts of what to do with the money were of his loving mother Valerie, as he decided to splash out on her with a new car.
He said: “She has had a car for 10 years but I wanted to treat her, so I surprised her by turning up with a new car.

“She hasn’t been able to afford a new one, so she was delighted when I pulled up and even broke down in tears. She was a bit emotional!

“She told me I shouldn’t have spent that much money on her, but she was really happy about it and it was so nice to be able to do that for her.”

Robin and his girlfriend Keana, 21, are going to use the money to get onto the property ladder.

He said: “I am going to buy a house and see what I have after that, at my age it would have taken ages to save that much money, so this is a real bonus.

“I won’t be blowing any of it; I have been there and done that, so I am going to use the money sensibly.”

Robin plans to keep playing the Health Lottery and has even been asked to buy the lottery syndicate tickets at work because he was so lucky.

He said: “I plan to keep playing the Health Lottery, I like the way it helps fund local health causes so I have no plans to stop getting my ticket.

“We do a lottery syndicate at work and my colleagues have said they want me to buy the ticket now as they think I must be lucky.”

Every ticket sold from The Health Lottery helps raise money for local health charities and projects and has already helped to raise more than £1,163,000 for projects in Swindon and Gloucestershire through Community Interest Company HealthTotal.

Mimi Turner, Director of Sales and Marketing at The Health Lottery, said: “I am so happy for Robin. I think it is lovely that his first thought was to get his Mum a new car. It’s great he and his girlfriend can now get on the property ladder, and I wish him all the best in the future! We’re really thrilled that so far The Health Lottery has helped raise almost £53 million for local good causes up and down the country, and it is great to hear how the game is life-changing for our winners as well.”