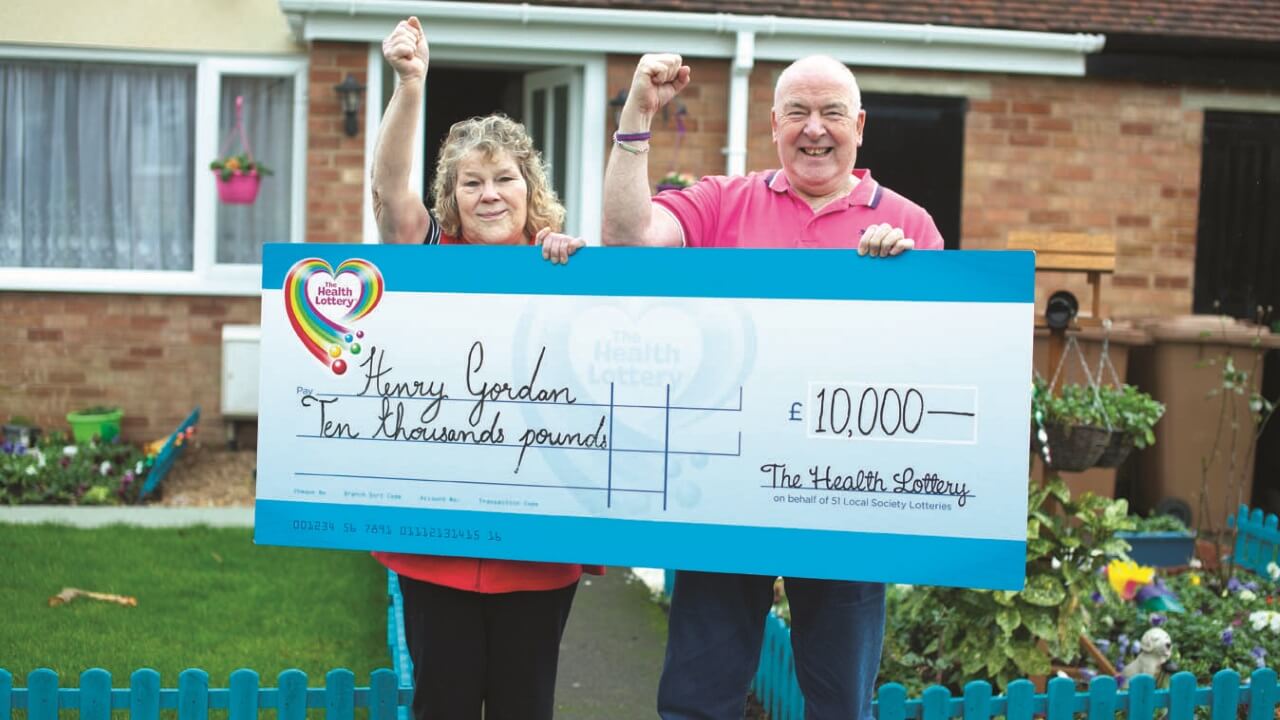 Health Lottery winner Henry Gordon and his wife Val, both 69 from Stamford, Lincolnshire, are proof that every dog has its day.

“You know what?” I said to my wife Val as I carefully reversed my car into the parking space. “I’ve had enough of playing the lottery.”

I’d been thinking about ditching our usual lottery provider for a while, but today I resolved I was over it! Val, 69, nodded in agreement. “We’ve been playing for years,” she sighed. “And we’ve got nothing to show for it.”

It was Saturday morning, and we were just about to do our weekly shop in our local Sainsbury’s in Stamford, Lincolnshire.

Then, as I passed the counter which sold lottery tickets, I spotted an ad for The Health Lottery. “Now that might be worth a try,” I said to Val.

The next morning, we woke up at 6am to the sound of whining – our black Labrador pup, Molly. No chance of a lie-in for us. I walked into the kitchen and Molly greeted me by wagging her tail in anticipation of walkies. Val handed me a cuppa. “Tell you what, love,” I said, having a quick slurp of tea. “I’ll just check my numbers from yesterday before we go.”

Scrolling down on my phone, I peered at the numbers on the screen.  That couldn’t be right!

“You’re joking!” Val said, taking the phone from me. She stared at the numbers too. “Goodness, you’re right,” she murmured. “Four numbers and a bonus ball!”

It turned out we’d won £10,000. There was certainly a spring in my step that morning as I walked Molly! Ironically, I’d just invested in a new car two days before our win, so we’ve put most of the money in the bank – our rainy-day fund. It’s only six weeks since we bagged our big one and we’ve already won again; two £20s and a £50. Maybe it’s not so surprising – you’re 21 times more likely to win on The Health Lottery.

Play today in over 32,000 retailers throughout the UK or go online at www.healthlottery.co.uk or download the app and play on mobile or tablet.