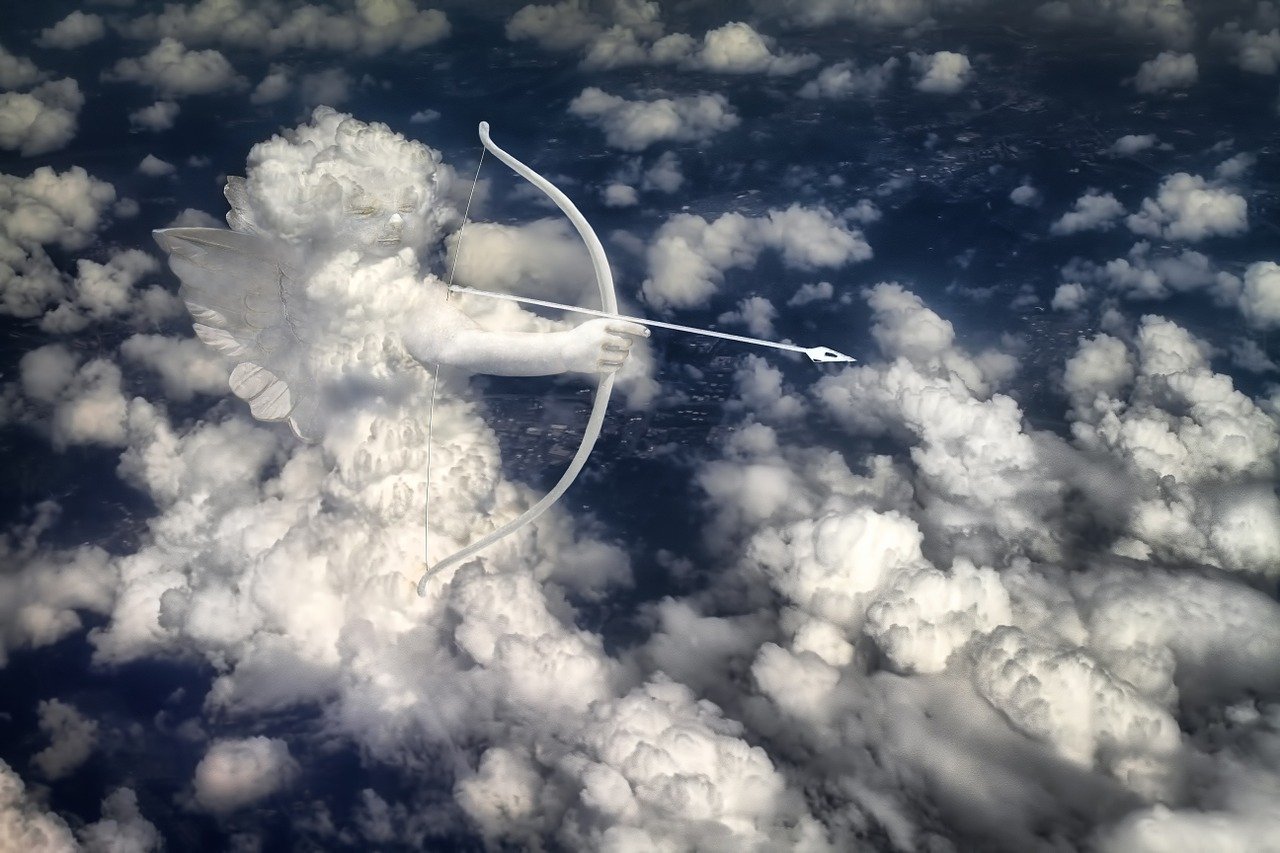 Why is Cupid on These Lottery Scratch Cards?

February can be a bit of a dreary month, as winter drags on and we wait impatiently for signs of Spring. Thankfully, Valentine’s Day arrives in the middle of the month, bringing with it thoughts of love and romance. Our Love Land lottery scratch cards pay homage to this sweet season, with their playful image of Cupid ready to fire love’s arrows. But how did Cupid come to be associated with a holiday named for a saint?

Who is Cupid, Anyway?

So why is a deity who is associated with such mature concepts depicted as so youthful? It is thought that Cupid and Eros were portrayed as youths to reference the irrationality of love and how it makes us behave. In fact, Cupid’s image is rife with symbolism: according to Isidore of Seville, Cupid wielded a bow and torch because “love wounds and inflames the heart.” As well, he was sometimes depicted wearing a blindfold, which will not surprise anyone who has ever said “Love is blind.”

Long before he was seen on Valentine’s cards or lottery scratch cards, Cupid received a bit of an image makeover in the Middle Ages when Christians began to associate him not only with earthly love, but with heavenly love as well. Later, he became indistinguishable from putto and cherubim.

The Cupid who adorns the Love Land lottery scratch cards is a baby-faced grown man, wearing glasses to helpfully improve his aim as well as protecting his eyes in flight. It is said that Cupid had wings to represent the flightiness of lovers, but one can also imagine that having wings might help him fly around the world to find targets for his arrows.

Valentine’s Day was originally established to honor two saints who bore the name Valentine, and had no associations with romantic love. Over time it has primarily become associated with the martyr Valentine of Rome. Legend says that Valentine performed forbidden weddings for Roman soldiers, though the historical record casts doubt on this.

Legend also states that St. Valentine wore an amethyst ring with an image of Cupid carved into it, as a way of symbolizing his availability to perform these secret marriages. Whether or not these two stories are apocryphal, they ripple through to the current day, with Cupid associated with Valentine’s Day, and amethyst established as the birthstone of February. And so Cupid flies out of classical history and into the modern day, adorning the best scratch cards and thousands of romantic greeting cards.

Do You Love to Play Lottery Scratch Cards?

Love Land lottery scratch cards are so popular that we offer them year-round. After all, love knows no season! Love Land costs just £2 to play and offers a top prize of £20,000 to lucky players who scratch and win. If you enjoy romantic imagery and playful Cupids, give it a try.