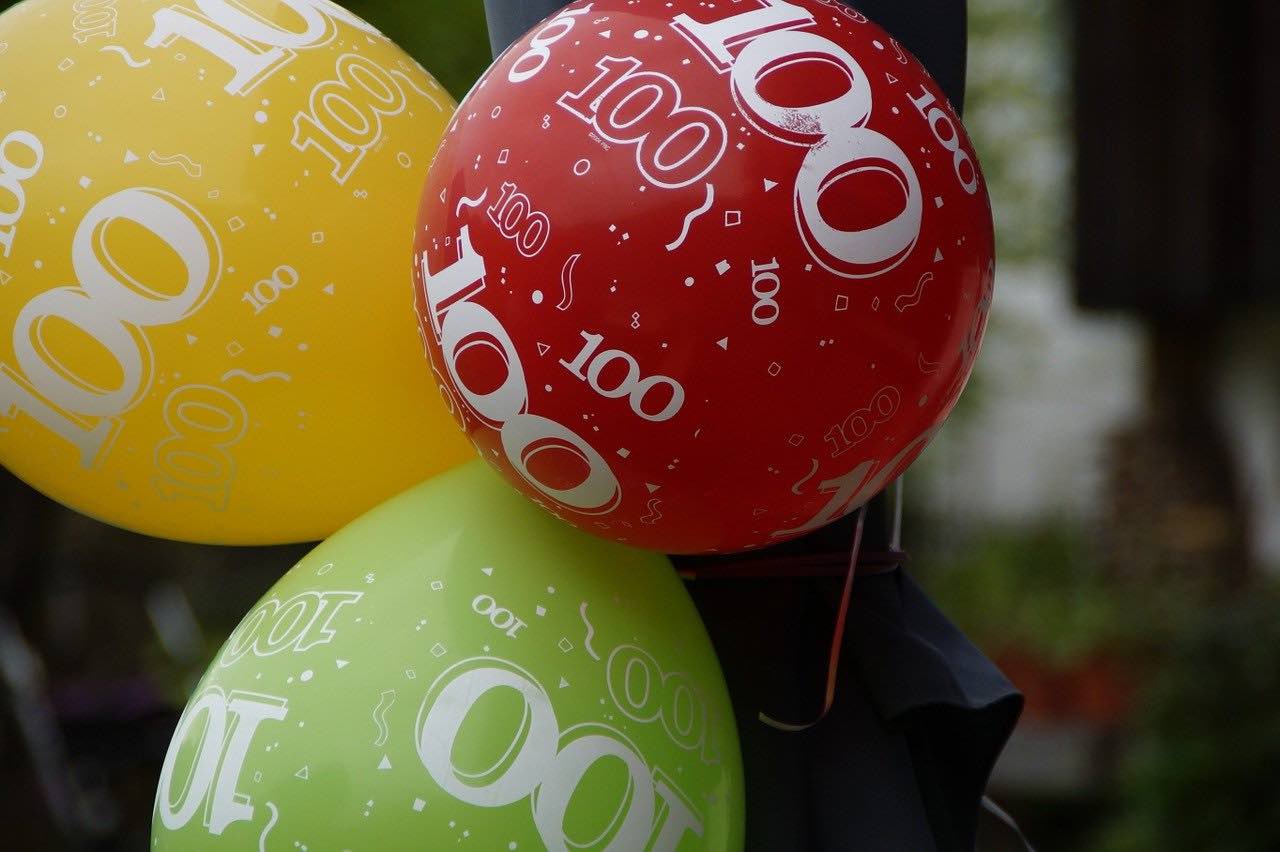 What is it about that round number ‘100’ that excites the human imagination?

When talking numbers, the century mark holds a special place in our hearts. We often see this time as a period of great change and forward movement. Centennial celebrations are always a special occasion to mark the event, after all, it’s not everyday you get to celebrate a century of memories. A couple of centennial anniversaries this year include the inauguration of the League of Nations, with its first council meeting taking place 16 January, 1920. Another fun commemoration is the 100th anniversary of the first roller coaster in the UK: the Scenic Railway opened in Dreamland Amusement Park in Margate on 3 July, 1920. Agatha Christie published her first book,‘The Mysterious Affair at Styles’ in October 1920, and the body of the Unknown Warrior was also brought home in 1920 on 10 November.

Decade-based milestone birthdays are seen as especially momentous, and none more so than living to be 100. Being fortunate enough to live to 100 is a testament to one’s health, resilience, and fortune, and as such is the cause for major celebrations. Some people choose to honor a centenarian with a gift of 100 items (perhaps 100 scratch cards?), or with a time capsule looking back at the decades they’ve lived through.

In recent years, the number 100 has taken on a cheeky meaning as well. People began to refer to being authentic by saying they were “keeping it 100”, often using the 100 emoji to express the phrase. This bit of slang came around because of 100 being associated with perfection and completion -- if you were “keeping it 100” you were being 100% authentic, or giving 100% of your effort to something.

Our two newest scratch card games are a fun play on the centennial number. The first game launched this month offers players the best online chance of winning, over any other UK scratch game, £100K. At just £5 per card, players have a 3.97 chance of winning a prize.

If you’re looking for the best chance of winning money, the second century themed game just recently launched, Stuffed with Hundreds, offers players the best chances to win £100 versus any other scratcher game in Britain. Imagine all the fun you could have with an extra £100 right now!

£100 or a cool £100k… with prizes like these, it’s a great time to enjoy some online scratch cards at home and support your local lotto charity. Like all Health Lottery scratch games, when you play these two new offerings, you’ll be supporting causes that address health inequality across Great Britain. Play from your computer, or on your favorite mobile device with our app. Whether you try one of these new scratch games or play one of our old favourites, you’re sure to have a good time while keeping it 100.