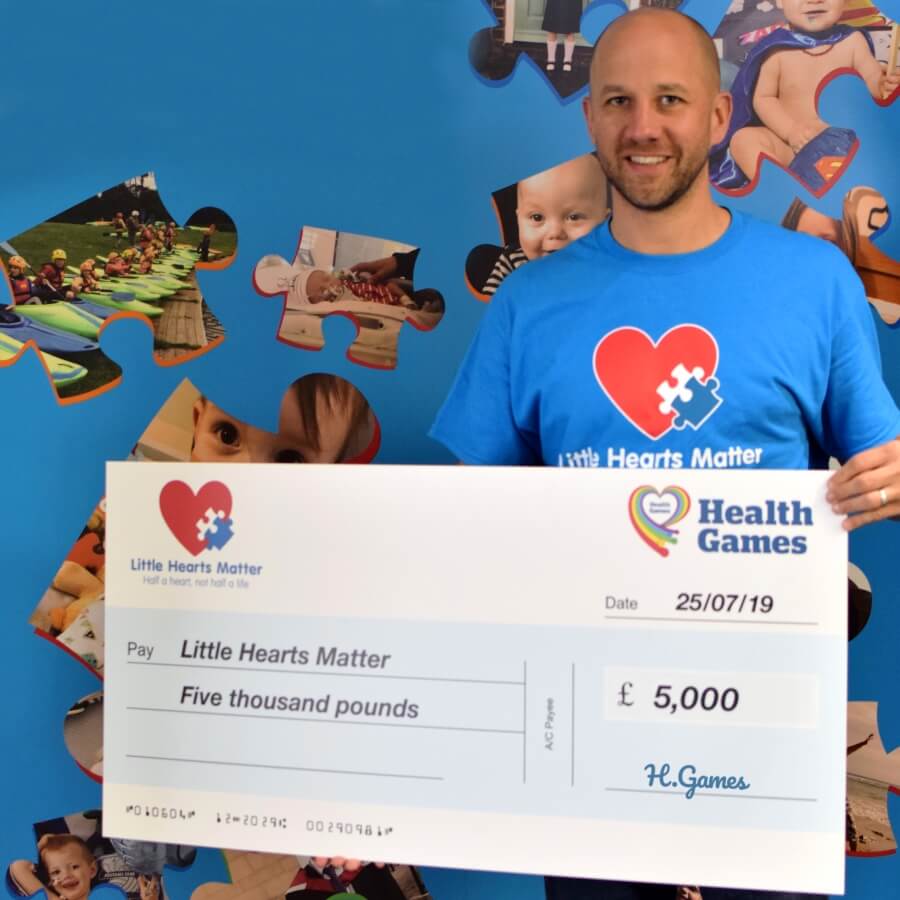 Little Hearts Matter has been awarded £5,000 from Health Games, after the charity amassed incredible support in their recent public poll. Over 10,000 people voted to determine which charity should be the benefit of the sum, raised from the sales of charity lottery tickets.

From dozens of nominations, four health and wellness charities were shortlisted for the poll – in which the Birmingham charity accumulated an impressive 5,377 votes.  Little Hearts Matter aims to reduce the fear, lack of understanding and isolation caused by the diagnosis of a single ventricle heart condition or half a working heart, which affects more than 550 families every year in the UK.

“Single Ventricle Heart Conditions have no cure: it takes three major heart surgeries just to have a chance of surviving.  The diagnoses understandably turn families’ lives upside down, and LHM is there to help any way we can – through our expert information, advice and connecting people to other families in the half-a-heart community who are travelling the same journey.  We’d love to thank Health Games for giving an opportunity to increase and improve our services.

“The charity’s supporters are the best and we want to thank them for nominating the charity and then being so active in voting for us in this Health Games competition.”

Also shortlisted for the donation were three other charities, all contributing towards improving mental and physical health in Great Britain.  Health Games awarded runner-up The Legacy Rainbow House a special donation of £1000, and made further donations to the third and fourth-placed nominees, Isabel Hospice and Kids Aware.

Health Games is the sister site to the Health Lottery and it’s not part of the lottery scheme operated by THL on behalf of 12 society lotteries. Health Games offer a wide range of slots, Instant Wins and Jackpot games, available for players over the age of 18 and it donated a portion of its profits to health related good causes and vulnerable communities in Great Britain