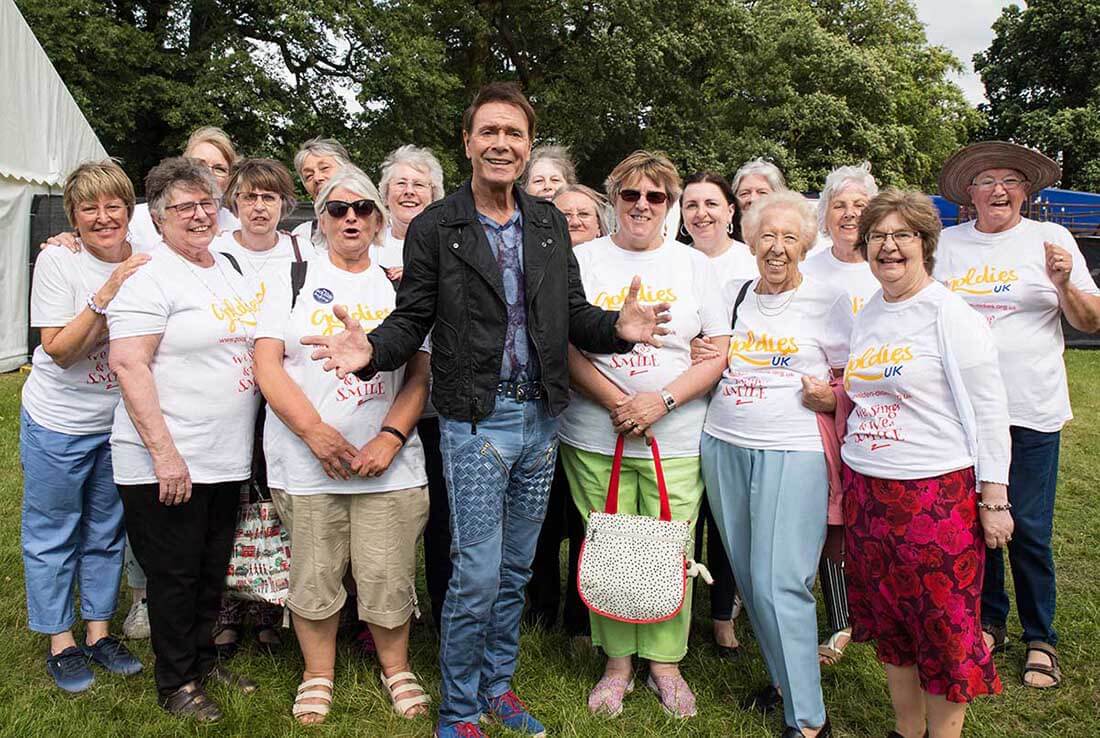 He’s sold more than 250 million records – but he’s still got time for the Golden Oldies!  Pop music icon, Sir Cliff Richard OBE, is a big fan of The Health Lottery’s fundraising work.  Sir Cliff is a patron of the Golden Oldies, a charity which provides weekly activities for the over 55s.

The Golden Oldies deliver outings to give people the opportunity for new experiences and greater interaction – as well as entertainment such as bingo and music at their weekly meet ups.  Recently, they have received over £10,000 in funding from People’s Health Trust, raised through Health Lottery Wales.  This will fund an expansion project to deliver trips to cultural and historical points of interest too.