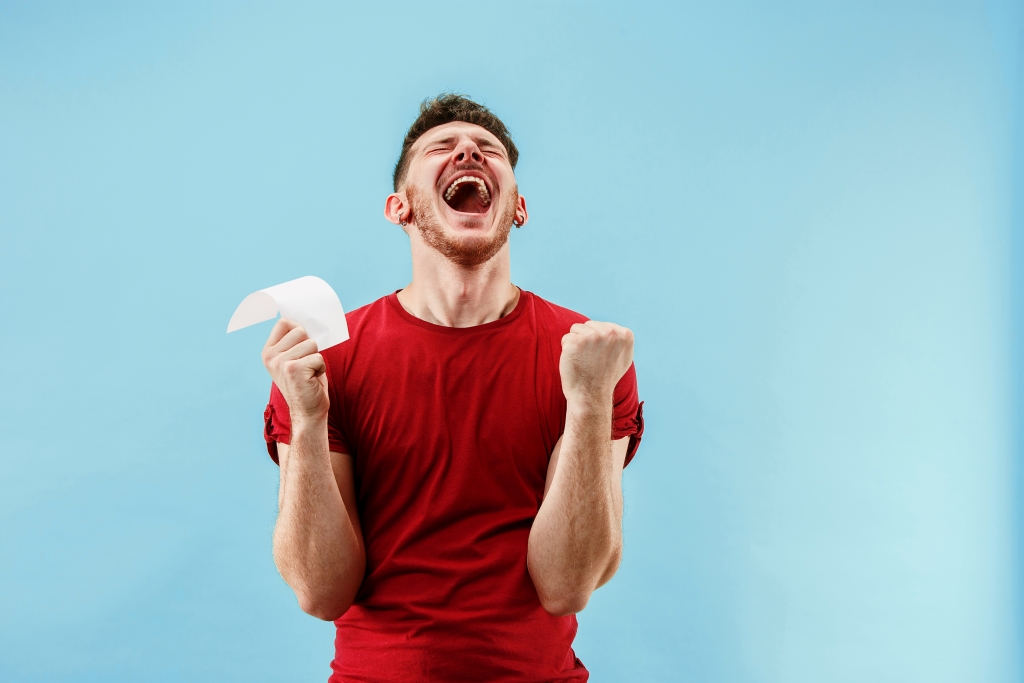 Unclaimed lottery wins may seem a bit confusing. The chances are we’ve all spent hours dreaming about, and discussing, how we’d spend huge sums of money won on a lottery. Whether that includes a well-defined list of amazing holidays, a huge house, dream car, or charities you’d like to support, those potential winnings are often planned before you even buy a lottery ticket. With that in mind, you’d expect people to keenly check the results as soon as possible to see if their numbers have come in. You’d also expect that those lucky winners would claim their prize as quickly as they can.

However, there are some people that have bought a winning lottery ticket and still not claimed huge winnings. We’re going to look a little closer at some of the biggest unclaimed lottery prizes and the mysterious circumstances that surrounds them. We’ll also take a look at some of our current unclaimed prizes here at The Health Lottery.

What should have been a bumper Euromillions for one Brit on the draw of 8th June 2012 remains unclaimed. A ticket that matched all 5 numbers and two lucky stars was confirmed as having been bought in the Stevenage and Hitchin area of the UK. While there was also a winner of this prize in Belgium, the UK winner did not come forward. Despite a huge publicity campaign in the area and even pressure from MP’s to try and identify the winner, the prize money ended up being distributed to various charities.

In June 2011, a Powerball ticket was purchased at Tallapoosa’s Pilot Travel Centre in Georgia. The buyer of the ticket correctly guessed the 5 numbers and additional Powerball number that were drawn on 29th June 2011. While this should have resulted in a life of luxury for one winner, it remains a mystery as to who purchased that winning ticket. The winner had 180 days to secure their prize but the winnings were not claimed. Subsequently, the prize funds were returned to the prize pool in Georgia for future draws.

It should have been the best Christmas ever for the holder of a ticket for the Mega Millions on the 24th December 2002. The New York Lottery has since confirmed that a winning ticket was purchased at Brooklyn’s Kings Plaza Newsstand on the same day as the draw, but the $68million prize went unclaimed.

However, that’s only half the story. The following year, The New York Post reported a lawsuit had been filed against the New York Lottery by Dr. Fritzner Bechette. He claimed to have ‘lost the ticket in a non-retrievable situation’ and that he had been attempting to claim the prize since Christmas Day in 2002. An investigation found the description of the ticket and the place of purchase did not match the Lottery’s records and the claim was unsuccessful. A double loss… if you believe his side of the story.

It can be quite common for winners to take a while to come forward to claim their prize. When it’s a big prize, it can generate a fair buzz as mystery and speculation grows. Here’s a couple of false alarms about unclaimed lottery tickets you may remember.

A ticket that was purchased for the Euromillions draw on 3rd December 2019 won £40,957,696.60. It went unclaimed for over month, meaning the deadline for being able to claim the winnings in the event of a lost or damaged ticket had passed. However, after much coverage (and speculation), the winners were eventually able to claim their prize in March 2020 and enjoy their winnings while retaining their anonymity.

In January 2021, it was announced that a single ticket holder had scooped £20million on a National Lottery special draw on the 9th of that month. With confirmation coming that the winning ticket was purchased online, national media coverage urged players to log in to their online accounts to check if they were now a multi-millionaire. It took almost 3 weeks but eventually the lucky winner was found.

It must have been a delight (possibly following a panic, if they couldn’t find their winning ticket!) for those lucky winners when they realised they had won and could claim their prize. Health Lottery players can easily check the numbers of each of our draws over on our lottery results checker. Playing through our mobile app can make it even easier to find out if you’ve won:

Unclaimed prizes on The Health Lottery

At the time of writing, there are 3 unclaimed £10,000 wins on The Health Lottery from tickets purchased in a store (you can find retailers selling Health Lottery tickets near you here). We can reveal the date of the draw and even where the tickets were purchased:

If any of that seems familiar, try and find your ticket and check your numbers to see if you matched 4 of them and the Bonus Ball for that draw. If you are the lucky winner of one of these bumper prizes, you’ll need to speak to our team by calling the Health Lottery Helpline to claim your winnings. The number you need to dial is 0844 375 55 55* and you have up to 180 days after the draw to claim a prize with a valid, winning ticket.

*Calls to The Health Lottery Helpline will be charged at 7p per minute plus your telephone provider’s access charge.