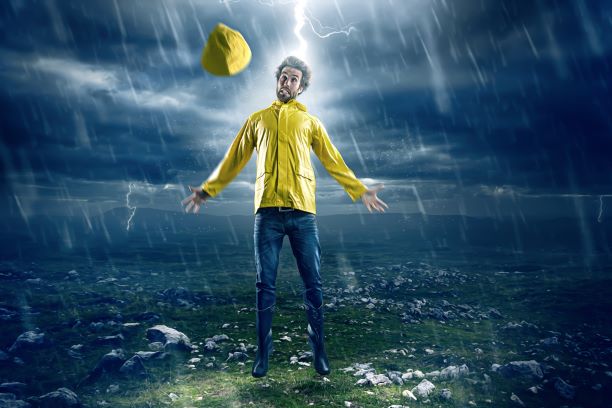 Charity Lottery Fun Facts: Things That Are More Likely to Happen to You Than Winning the National Lottery

It’s fun to play the lottery and if you happen to pick the right numbers, you could win big. Unfortunately there are just about as many different ways of choosing lottery numbers and the perfect combination as there are odds of winning it. Did you know that you have a one in 44.5m chance of winning the big jackpot in the National Lottery? That means that there are a lot of things more likely to happen to you than winning. Don’t despair though! There are other ways to win big besides the National Lottery.

The best chance lottery to play if you’re after a sizeable jackpot could very well be the Health Lottery. When you play a charity lottery, even if you don’t win, your community does via the increased funding to health-related charitable causes. There are also more opportunities to win with 5 weekly jackpot draws. Even though the grand prize is lower, your odds are much higher. Each player has a one in 2.1m chance of scoring big. To keep perspective though, let’s take a look at some of the events that have a higher probability of happening to you than taking home the National Lottery jackpot.

It’s a big world with endless possibilities of random events happening. For example, the likelihood of getting struck by lightning is one in 300,000. It is estimated that 24,000 people are killed each year worldwide by a strike. Scientists have put your odds of getting hit by a meteorite at one in 1,600,000. However, this number is only a best guess as recorded meteorite strikes are exceedingly rare, with some recorded incidents being questionable at best. Death by shark bite comes in at one in 3,748,067, with an average of seventy to a hundred shark attacks worldwide every year, of which, between five and fifteen result in death. On average, you have a better shot of being killed by a firework than a shark bite: one in 340,733.

On the positive list of possibilities, you have a better chance of becoming a saint, which happens to one in 20 million people. This number begins to favor you more if you become a Pope. Of the approximately 100 billion people that have walked the earth, only been 5,000 people canonized in history. Comparatively, becoming the president of the United States (citizenship notwithstanding), seems much more attainable with a probability of one in 10,000,000. If you are male born on US soil, between the ages of 40 and 72, have a law degree, are a military veteran, and stand over six feet tall, then your likelihood increases. Striving to become a famous actor or actress has a one in 1,505,000 shot of seeing your name in lights. Sports like race walking make Olympic gold seem attainable, but the odds are still one in 662,000. If space is more your speed, then your prospects of becoming an astronaut are one in 12,100,000. And finally, a royal flush is about as good as it gets when playing poker; to get one on your very first hand, you are looking at a one in 649,740 likelihood.

As you can see, the odds seem pretty daunting. So let’s take a look at some events that are less likely to happen than winning the lottery. For example, if you have ever played cards, or more specifically, shuffled them, you know that the order in which they fall is always different. The likelihood of shuffling a standard deck of 52 cards and having them end up in perfect sequential order is one in 10^68. If you happen to follow basketball in the United States, maybe you enjoy creating a bracket for the season? If so, you have a one in 9,223,372,036,854,775,808 chance of making the perfect bracket.

Don’t let those numbers get you down! The fact that you are reading this is a pretty significant feat in itself.  Each person has a one in 400 trillion chance of coming into existence exactly as they are. With that in mind, winning the lottery doesn’t seem like such a long shot after all! If you enjoy helping your community out by playing a society lottery, there are often other prizes being offered besides the main jackpot. A monthly promotion may give players an opportunity to win a new car, a dream vacation, or more. When you play a charity lottery like the Health Lottery, you are not only increasing your odds of winning, but also giving back to the community. With that combination, it's a win-win!