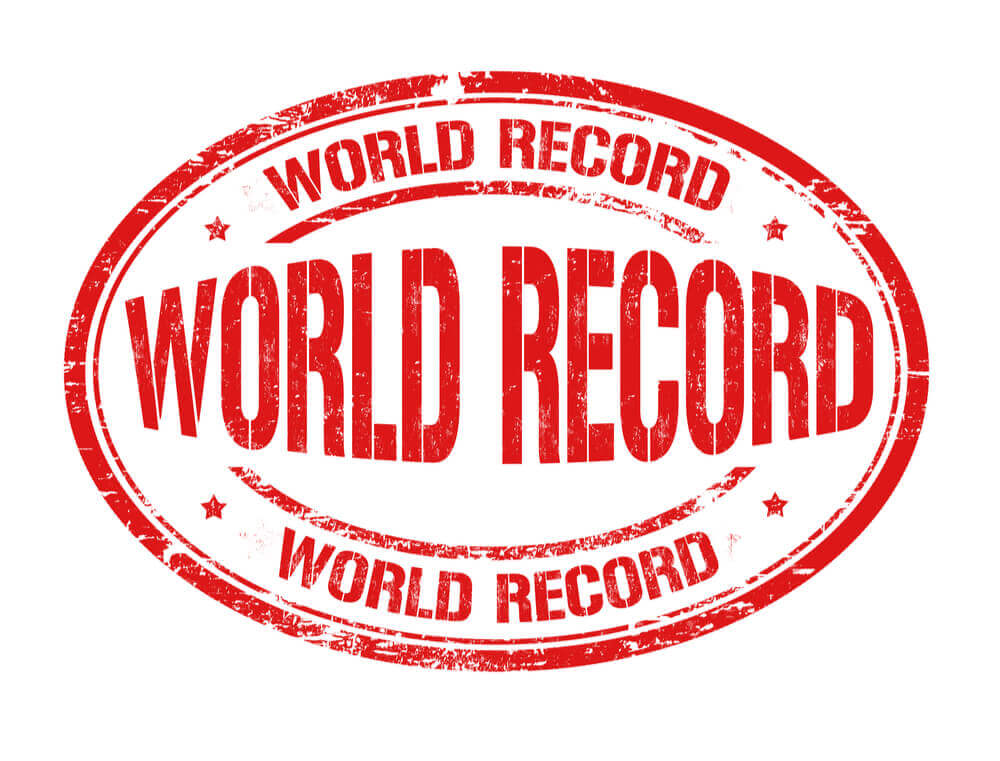 When different lotteries hit the Guinness Book of World Records, one would imagine it is down to the largest payout. Undoubtedly, big wins make history, commonly resulting after numerous rollovers with overwhelming payouts.

More recently, a Gibraltar-based online betting company, Lottoland, officially landed itself in the famed record book for a €90m online win for one very lucky German cleaner who correctly bet on the outcome of a EuroJackpot.

A gathering of millionaires and the birthday of one UK lottery

However, many record attempts that are undertaken are aimed at overturning previous record holders. We’ve seen ventures from all sorts of different lotteries, including The National Lottery's record-breaking gathering of millionaires, all lined up to break the record of the longest relay of bubbly cork-popping lottery winners.

The event held in London's Bernie Spain Gardens marked The National Lottery's 21st birthday. What better method of celebrating a milestone than by bringing people together to highlight an anniversary with two successful record-breaking attempts!

A grand total of 110 millionaires joined in with the party helping The National Lottery break two records on this eventful day. The second record involved 285 bottles of Prosecco popped strategically within 15 seconds of the last popping to achieve record-breaking success!

A lot of research took place to ensure a record-breaker, and the use of Prosecco was a wise choice due to the relatively tame explosions.

Regular events held all over the world to celebrate different lotteries

Regular events held all over the world bring an element of fun and excitement to the competitive nature of world record-breaking attempts. Lottery organisers regularly hope to achieve the accolade of entry into the Guinness Book of World Records.

Recently at the iGB (iGaming Business) Live event in Amsterdam, an official Guinness World Record judge acted as invigilator over a large group of people simultaneously taking part in arguably the best lottery instant win game to play, that being the scratch card.

During this marathon Gluck Games, providers of scratch cards to The Health Lottery, succeeded in their attempt to break a world record, landing themselves in the great book. Frustratingly for Gluck Games, they found themselves beaten shortly afterwards by the Idaho Lottery.

In July 2019, the Idaho Lottery celebrated its 30th birthday with a huge birthday party alongside its new scratch card launch with a determined attempt at overturning the world record.

In total, 479 participants came together en-masse to scratch simultaneously the newly launched lottery scratch cards, beating the previous record of 386 and knocking UK lottery provider Gluck Games from its pedestal.

These regular challenges are proving a unique brand of entertainment in the lottery industry, because it is not only the winners but also the different lotteries and their organisers wanting their own entry into the famous book.

Who would collect losing lottery tickets?

When it comes to unique attempts to set a world record, quite often, what drives people is extraordinary inventiveness. For example, one woman, feeling inspired by the US women's soccer World Cup success, decided to collect one million lottery tickets. Not just any old lottery tickets, she is currently collecting losing lottery tickets!

Record breaker hopeful Sue Harrington stated, "I was looking on the Guinness World Records under different categories, and I saw lottery, and I saw they do not have anything about collecting losing tickets."

To date, she has collected around 2000 tickets and is relying on the public to speed up her progress. Her justification for her quest is that each lottery ticket she finds represents a dream of what a person would do if they won the lottery.

We look forward to seeing Sue in the Guinness World Records, with her million dreams, making her a real-life lottery dream catcher!