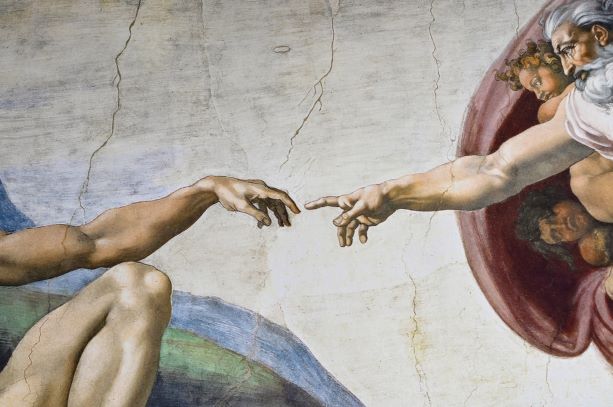 Does God Care if I Buy Lottery Tickets Online?

Religion and gambling. It may seem hard to believe, but despite their differences and history, they do share several things in common. The primary similarity might just be the strong feelings and emotions that both tend to elicit when mentioned, but there's more to it. The two have shared a rocky, evolving relationship, but it can not be denied that they share a common history.

Recent studies have shown that followers of a given faith are less likely to get caught up in lottery play and gambling. One suggestion is that the community created by a shared belief tends to make individuals feel less isolated. Those that suffer from gambling addiction and other related concerns are generally found to feel isolated from society and their peers. They are searching for a connection with anything, and in turn find that gambling helps to fill the void that they feel. Those that attend religious events or are regular members of their church find that they are less lonely, and therefore have less desire to gamble. They also have less time to gamble due to attending various church events. Depending on their involvement in their preferred church, they may even be less inclined to buy lottery tickets online.

A Brief History of Gambling and Religion

DIfferent religions across the world and throughout history have had varied stances regarding gambling. Some of the earliest religions often existed in concord with gambling and even incorporated it into their beliefs and practices. Polytheistic and animistic practices are two big examples of this. Many of the deities that were revered or worshipped had an aspect related to gambling, or gambled to determine the fate of their followers. One such example is Hermes, the messenger of the gods in ancient Greek beliefs. Though he is most widely known as being a messenger, he was also known as the trickster god and the god of hazard, gambling, earning, and gaming. Thoth of early Egyptian practices, while primarily known as the god of writing, magic, wisdom and the moon, was also known for gambling with others to achieve his own ends. As monotheistic practices began to replace the polytheistic practices, so too did their beliefs.

Many monotheistic belief systems are against gambling. Judaism does not explicitly forbid gambling, but it is generally frowned upon. The Talmud, which is the collected moral and ethical discussions held by early Rabbis, condemns gambling as a risky behavior and form of entertainment. Hannukah, however, is often celebrated by playing dreidel that incorporates placing small wagers.

Christianity has a very similar outlook on gambling, though often denounces it as giving into sin and to be the vice of weaker individuals valuing money over God. Both Jewish and Christian groups do sometimes host charitable gambling events such as bingo, to raise funds for various outreach programs, some of which may include health related charities.

Islam prohibits gambling, and Hinduism has a more complicated view on it thanks to its different belief systems within the religion. Buddhism, founded by Siddhartha Gautama in the 6th century BCE, is more tolerant of gambling, and even accepts recreational gambling. Habitual gambling, is not considered a sin as long as it doesn’t cross the line into harmful addictive behaviour.

Gambling, Religion and the Ties That Bind

It can be argued that gambling and religion have many aspects in common, such as faith, mystery, fate, and the ability to receive something that can change lives for the better. One belief that they both share is the view that something bigger exists, and the ensuing feeling of hope that one feels when contemplating them.

One study even suggests that gambling has a similar impact on the brain as music, love, and even religion. All of these lead to a feeling of reward in the brain. Purchasing a lottery ticket has been noted to have a positive effect on the brain and subsequently the emotions of the player. Whether playing virtual lottery or purchasing tickets at the store, the player makes a small investment in a ticket, and then experiences hope which translates to improving their mood. The same can be said for conviction in an afterlife, for a small investment (belief and faith), the worshipper experiences feelings of hope which leads to emotional well being. There is also the mystery of the unknown. We don’t know what mystery awaits us when we pass away, but we have confidence and hope that it is all that we could dream, much like when you buy a lottery ticket online.

The main point of contention between religion and gambling is that gambling is seen as provoking greed, and subsequently harm to others and the self when it gets out of hand. When it is played for the pure joy of playing, is done responsibly, and respects the rules of morality and fair play, one could ask if it is really a sin? It can also be argued that when gambling is done for charity, such as when churches host bingo nights or charity lotteries and raffles, it is being done in the name of a higher power. So does God mind? We may never know for sure.